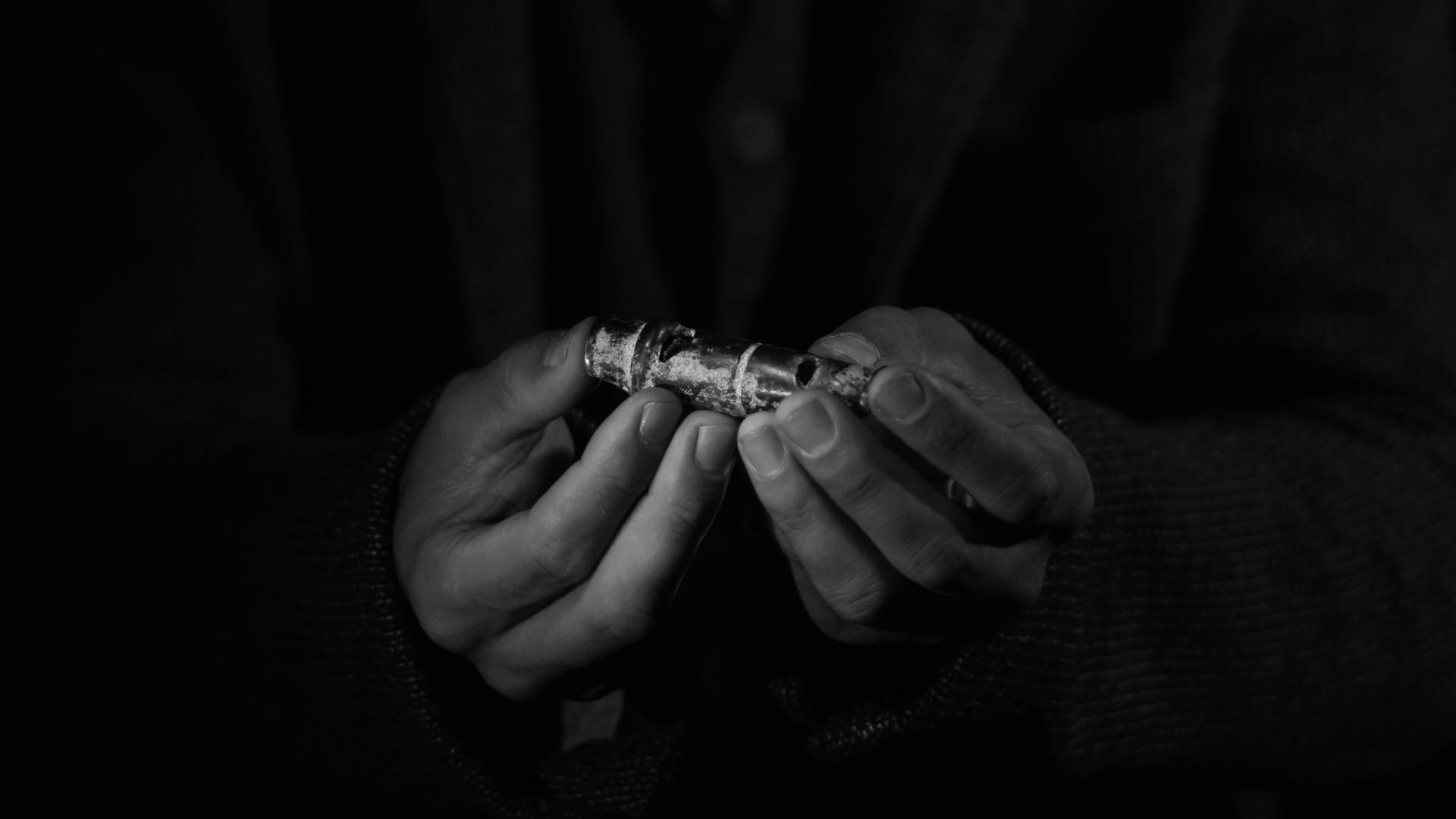 1900, Cambridge, Easter holidays. A young professor of Ontography, who only believes in science and facts, takes a one week vacation in a little village by the sea, Burnstow, in a beautiful hotel. A colleague of his, teacher of Archaeology, asks him to take a look at a Templars’ ancient site that is near the beach. Here, the young man will find a strange bronze whistle and, seeing no danger in it, he proceeds to take it to his room to study it. But what lies beneath those old Roman ruins…?

The day after we premiered our second movie, I started writing the screenplay for “Whistle”, because the second film was done and I felt the need to start again! We are now so so proud to present our new movie, “Whistle, and I’ll come to you”. It is based and inspired by a wonderfully scary ghost tale by 1900 genius writer Montague R. James. I hope that this film has embodied the spirit and sense of horror as it was meant by mister James, who wrote not about the gore and the blood, but about the subtle, creepy feeling of being alone in the darkness or walking along a solitary road at night in the woods. His stories had a universal sense of fright, which made them so understandable and near to all of us. The creation of this movie was the work of many, and all of these lovely and hard hard working persons made the film come to life, with their dedication, time, competence and passion. Being able to see on screen the written ghost tale I’ve been reading since my childhood is a true dream and thank to all of them is an honor. I thank them from my heart.

We use cookies on our website to give you the most relevant experience by remembering your preferences and repeat visits. By clicking “Accept”, you consent to the use of ALL the cookies.
.
Cookie SettingsAccept
Manage consent

This website uses cookies to improve your experience while you navigate through the website. Out of these, the cookies that are categorized as necessary are stored on your browser as they are essential for the working of basic functionalities of the website. We also use third-party cookies that help us analyze and understand how you use this website. These cookies will be stored in your browser only with your consent. You also have the option to opt-out of these cookies. But opting out of some of these cookies may affect your browsing experience.
Necessary Always Enabled
Necessary cookies are absolutely essential for the website to function properly. These cookies ensure basic functionalities and security features of the website, anonymously.
Functional
Functional cookies help to perform certain functionalities like sharing the content of the website on social media platforms, collect feedbacks, and other third-party features.
Performance
Performance cookies are used to understand and analyze the key performance indexes of the website which helps in delivering a better user experience for the visitors.
Analytics
Analytical cookies are used to understand how visitors interact with the website. These cookies help provide information on metrics the number of visitors, bounce rate, traffic source, etc.
Advertisement
Advertisement cookies are used to provide visitors with relevant ads and marketing campaigns. These cookies track visitors across websites and collect information to provide customized ads.
Others
Other uncategorized cookies are those that are being analyzed and have not been classified into a category as yet.
SAVE & ACCEPT
Scroll Up